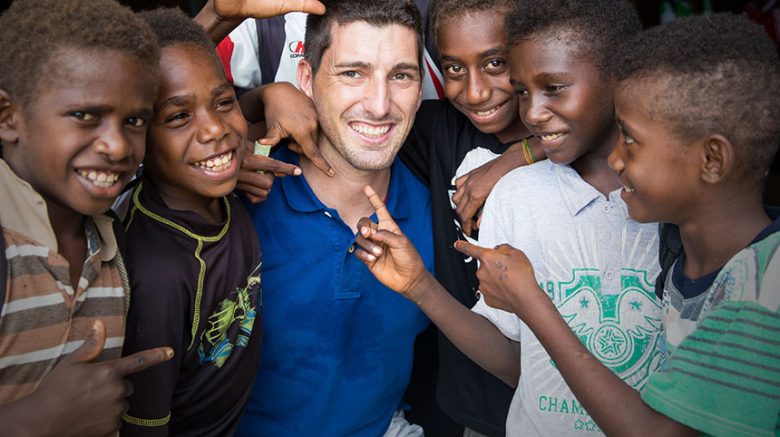 FLSIDA researcher Oriol Mitjà is the winner of the ‘Catalan of the Year 2016’ award, a nomination bestowed by the “El Periódico de Cataluña” newspaper based on its readers’ votes to Catalan individuals whose professional or social contributions are outstanding. Mitjá was a finalist in the 2016 edition, together with the designer Francisco Ibañez and the priest Manel Pousa, founder of the Pare Manel Foundation.

The prize recognizes Oriol Mitjà’s commitment to the fight against yaws disease and the work he and his team have carried out in Papua New Guinea. “We must open our eyes and defeat poverty-related diseases”, said Mitjà in his speech, and he exhorted the politicians to adopt the fundamental goal of reducing inequalities and contributing funds to development aid.

Native from the Catalan town of Arenys de Munt, Oriol Mitjà is an expert in tropical diseases and researcher at FLSIDA. In 2012, he demonstrated that there was an effective, safe and inexpensive treatment for curing yaws: a single pill of the oral antibiotic azithromycin. Yaws is a skin condition that mainly affects children and causes stigma, disability, school absenteism and social exclusion.

The results of studies led by Mitjà have led the World Health Organisation (WHO) to set the target of yaws eradication by 2020. If this goal is achieved, yaws will be the second disease—after smallpox—to be eradicated worldwide.