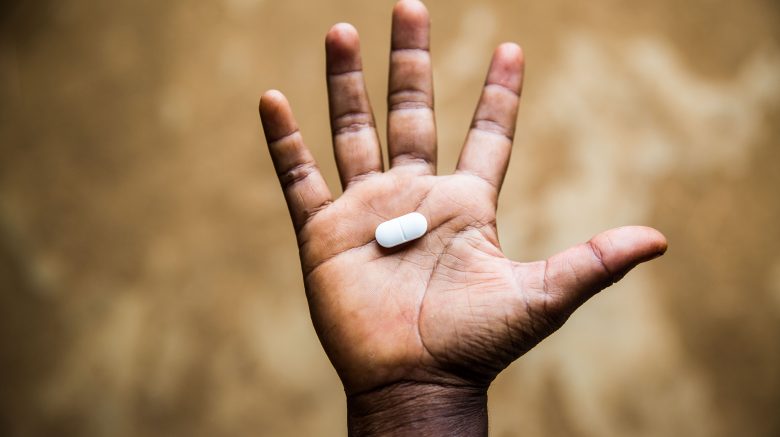 During the most important week for neglected tropical diseases this year, the Brazilian pharmaceutical company EMS has announced it will donate as much azythromycin as necessary to launch a global action, led by the World Health Organization (WHO), to achieve yaws eradication by 2020. It will also give financial resources, thereby ensuring two key factors for yaws eradication: treatment availability and the means to distribute it.

This effort underlines the key role of partnerships between different actors in tackling complex global problems. ““This is very important news for public health. For the first time, a company from an emerging country makes a decisive contribution to the eradication of a disease. Now, ending yaws is one step closer” says Oriol Mitjà, researcher at FLSIDA.

Azythromycine is a cheap, effective and easy-to-administer antibiotic. In 2012, a FLSIDA team led by Oriol Mitjá and Quique Bassat demonstrated, for the first time, that one single oral dose of the antibiotic was enough to cure a person with yaws. This discovery rekindled hope for its eradication, after the failure of the first campaign in the 1950s and 1960s. Later on, in 2015, a study led by FLSIDA confirmed the efficacy of mass administration of the antibiotic in stopping disease transmission in affected countries. Currently, in collaboration with the “la Caixa” Foundation, FLSIDA is establishing the best drug distribution strategy, a key issue for the launching of an effective eradication campaign.

The announcement takes place at a relevant moment, in the context of the Neglected Tropical Diseases (NTD) Summit in Geneva, from April 19 to April 22, which marks the 5th anniversary of the London Declaration to combat NTDs. The goal of the summit is to analyze the achievements and challenges of the past 5 years and define a clear path to control, eliminate and eradicate 10 of the 18 NTDs by 2020.

“Today’s announcement is welcome news for children who can be completely cured by a single tablet” says Dirk Engels, Director, WHO Department of Control of Neglected Tropical Diseases. “We hope this generous support from EMS will stimulate remaining countries with ongoing transmission to implement programmes that can accelerate the eradication of this disease.”

Yaws is a chronic neglected tropical disease that mainly affects the skin and bones of children and can lead to severe bone deformities. The disease is highly contagious and, between 2008 and 2015, 461,000 cases were reported in 13 countries with high poverty levels and poor health and hygiene conditions. Of every 10 cases, 7 are children that live in rural and poor zones of Africa, Asia, Latin America and the Pacific Region. India was the first country to eliminate the disease, in 2016, thanks to the new strategy based on massive drug distribution.

The WHO strategy could make yaws the second disease to be eradicated so far, after smallpox in 1979. Other diseases approaching eradication are poliomyelitis and dracunculiasis.

This site uses Akismet to reduce spam. Learn how your comment data is processed.

We use cookies to ensure that we give you the best experience on our website. If you continue to use this site we will assume that you are happy with it.OkPrivacy policy